Jared and I are so excited to announce that I am pregnant!

We spent many conversations talking about our future family’s plans on when to have children before we were married and then the year leading up to actually getting pregnant.

When we decided to go off birth control, I was so excited. I bought a huge kit of ovulation strips and pregnancy tests off Amazon and I started using them pretty quickly.

Two months went by and we were getting ready for our next adventure- moving to Northern CA!

Because I was finishing up my last semester in college and Jared needed to start his new job earlier than I could leave school, he ended up leaving SIX WEEKS earlier!

Now, we were not separated for 6 whole weeks straight through- we definitely made a few weekend trips meeting halfway from California and Utah (which happens to be Winnemucca, Nevada—picture to document below) and then Jared was able to fly out for Easter and my graduation-

but still SIX weeks is a LONG time.

I crossed my fingers that we would get pregnant before Jared left and although it was difficult being pregnant with Jared away, I’m so glad that we did!

I will always remember that feeling I had a few weeks after Jared left. I kept thinking,“I think I’m pregnant.” But, sometimes thoughts can be just hopes and wants….so I was never vocal about it….until…..I finally tested POSITIVE!!

(SIDE STORY- A little over a week after I was pregnant, I felt terrible. Without going into too much detail, I hesitatingly went to the doctors to make sure I was okay….it is the worst when you are married to a P.A. but have to go to ANOTHER doctor because your husband is away.

I thought, “Well—maybe at least I’ll find out if I am pregnant.”

I took a lot of tests and got some blood work done. Every test came back perfectly fine- even a negative pregnancy test.

I thought, “I really think I’m pregnant… and not going to believe that until IF I am not positive in a few more weeks.”)

When I took another pregnancy test 2 weeks later, I glued my eyes on the strip. I couldn’t take my eyes off of it as TWO lines began to appear. YES! YES! YES!!!

It really is such an unforgettable moment when you realize/have confirmed that you are actually pregnant.

I will never forget how I felt just staring at that pregnancy test strip. It was the first moment I realized that I was finally going to be a MOM!

I said a quick prayer of gratitude and dashed for my phone to call Jared. I was so excited with a million thoughts going through my head.

I had always wanted to tell Jared we were pregnant in a cute/memorable way, but my excitement was too much to just wait until I saw him again in a week.

He asked me what I was up to and I quickly blurted out, “Oh, let me FaceTime you.” The least I could do was see his reaction instead of just telling him over the phone.

We quickly connected on FaceTime and I blurted out,

That feeling of excitement is one MAJOR thing that has helped me in the pregnancy thus far- especially that first trimester!

We decided to make our announcement video of our family playing the Heads Up! App. I went with this idea because I wanted to film their reactions, but also wanted to do it in a way that would kind-of catch them off-guard. This allowed for both! 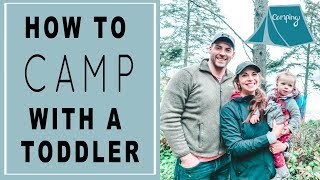 HOW TO CAMP WITH A TODDLER 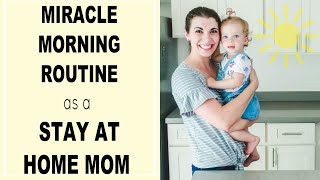 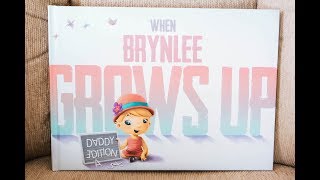 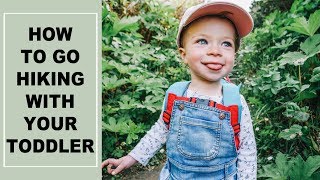 HOW TO SURVIVE HIKING WITH YOUR TODDLER